Michael Sacca is the VP of Product at Dribbble. In this podcast, he talks about the factors that helped them grow, the challenges they faced and also shares his tips for business growth on a small budget. 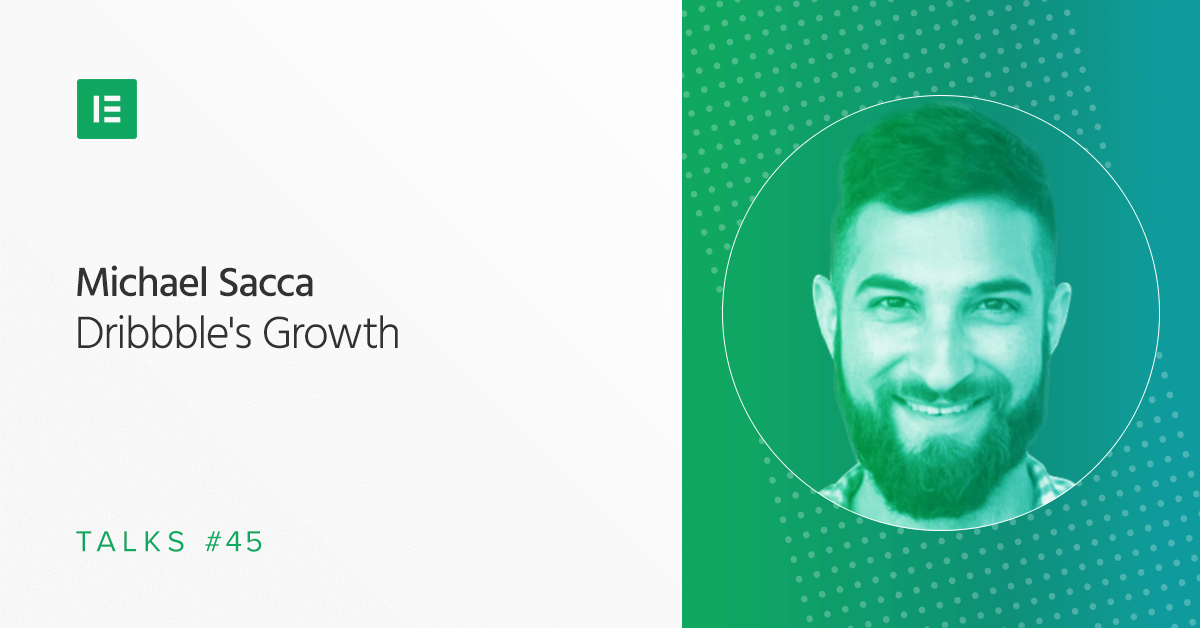 Michael Sacca is the VP of Product at Dribbble. Beginning his career 15 years ago as a Product Designer, Michael has built applications for GE, Nike, Siemens, Kobe Bryant, and others. He founded Brandisty, a design asset management software, which was acquired in 2014 and is now owned by InVision.

Michael was also the President at Crew, the freelance design and development marketplace, and former parent company of Unsplash, the popular stock photo website. At Crew, he secured key partnerships with Squarespace and the BDC before leading the company through its acquisition by Dribbble in 2017.

The Power of an Invitation

Dribbble started as a closed network, where new members can join by invitation only. This model, which continues until today, has proved itself. But how did they propel this move? And was this a part of their branding strategy?

“I think it was actually a server strategy to make sure that they could keep the lights on. It was really clever, and the goal, again, I wasn’t there. It was Dan and Rich when they were starting the company, and they decided to build an invite-only system. What it became was a way to keep high quality inside of the network without Dribbble itself having to do that curation.

The idea was that if you’re a professional designer and you only invite other professional designers, then we can build this community with the best designers in the world, and that’s exactly what happened. The invite system still exists today. It’s still part of the company’s DNA. I think intentionally or not, it created this huge buzz around becoming part of this platform.

I remember when I got my first Dribbble invite, or I got invited to Dribbble, it was kind of that moment in your career as a designer where you feel seen. All of a sudden, you’re part of this community. It’s much different than just going to a website, leaving comments, and instantly being involved. You have to know someone on the inside in order to get in.

It was an exciting moment. I think a lot of designers have also had that excitement. Then, later on, they started getting sold on eBay, so there’s actual value to these. Now, that’s not something that we encourage, but it does happen, and it just shows the power of the invite, and how much excitement there is around this system which is now core to Dribbble.”

According to Michael, Dribbble did not spend any money on marketing campaigns for eight or nine years, yet it grew immensely. How significant was the role of the community in this growth?

“I think the community was everything and still is. I don’t think much has really changed. The community because it was such a high-quality design community and naturally attracted other designers in the field doing work, looking for inspiration which is why the site exists, and then they also wanted to join when they wanted to be part of this elite group that was sharing their work at the time.

The community was the sole driver of growth in both the interest and then the trends that you see on the site and those conversations, and then sharing it out to other social networks, at meetups. Meetups were a huge part. We do over 180 meetups every year now, which our community run. I think the meetups are a great example of how much enthusiasm there is for the brand and for the platform. Anywhere from 30 people in a bar up to thousands of people in an auditorium, they throw these Dribbble meetups, and they get together to share their love of design.

That was happening online and offline. While the meetups weren’t necessarily a growth strategy, it was an amazing way to get that IRL connection that designers were looking for.”

Operating as a Fully Remote Company

As of 2019, Dribbble’s fully remote team is composed of around 40 employees. Did it start from day one as a remote team, and how did it affect their growth?

“Day one was Dan and Rich in Salem, Massachusetts, and so they were working in a co-working office together. They were both working on different projects. I believe they were both freelancing. Just as a fun side project is where they started Dribbble, because Dan wanted a place to share what he was working on. It started as two guys in a co-working space, and for many years and really until 2017 it was about eight people. They were remote.

Remote was built into the DNA of the early hires. While the company wasn’t founded with founders in different offices, I believe by their fourth or fifth hire it was very clear that Dribbble was going to be a remote company and they would get together a couple of times a year. Now we’ve kept that, because there’s huge advantages to being a remote team.

Still today we are 40 people. We are remote, mostly North America, and we’ve developed our own ways of working together as a team that work for us.”

Can you list a few of these advantages for listeners? Many of them are freelancers or small agencies looking for remote employees.

“Some of the big advantages are allowing people to work the way that they work best. With remote you can have a bit more asynchronous communication. People don’t need to report into an office. We save two hours a day on commutes which we could now spend with our family. We can also hire from anywhere. As a company that’s our big advantage is that we’re not stuck in the metropolitan area that we’re in and we need people to be within a 30 or 40 minute drive of an office.

We can hire the best person from Des Moines, Iowa, or from Austin, Texas, or from Vancouver and work and build our team that way. For us, that’s been the huge advantage, and then we can allow people to build their day so that they’re most effective. If they need to go to the gym in the morning because that’s what gets them going, that’s great. If they need to take a break midday to pick up their kids, that’s no problem. All those things become harder and harder in an office, but when people are happy in their lives they also do better work.”

What Was The Number One Factor for the Growth of Dribble?

“It’s the excitement of the community. I think Dribbble solved a need early on for designers to get together and because they really got that product-market fit right, it grew so organically. It grew for the first eight years it was nearly a top-1,000 website run by eight people. That I think is a testament to the power of solving the right problem, and when you do what can happen, and you don’t need to do all of the marketing spend that other companies need to.

Dribbble is a unique story in that way, but I think it’s a testament to building the right product for the right market.”

What Challenges Did Dribbble Face and What Did They Learn From Overcoming Them?

“I think more recently we faced company growth challenges, is how do you build a remote team that is as effective as a team that’s sitting in an office, and how do you do that bootstrapped? We have not yet taken VC funding, so we grow on our own revenue. I think those create different atmospheres for growth, and yet you have to be a lot more diligent about the experience that we’re trying.

We don’t take $100,000 and throw it at a potential marketing budget. We have to test early, test often, and then look for those early signs of what’s working, and then do more of that. That can be challenging, but that can also be incredibly rewarding when we figure it out. Our investments come on the back of our revenue. It’s a slightly different way of thinking about what experiments you’re going to run, and how much research do you do before running those experiments.”

Micahel's Tips for Business Growth on a Small Budget

I definitely think as popular as marketing and ads can be, I think there’s definitely organic ways to do it. I would talk to your customers, which is something that I’ve always done and always advocated for is talking to them, finding out where they’re discovering new products. Find out what got them so excited about your product so that you could build the marketing that way.

The messaging is incredibly important, and so figuring out what really resonates with them. We build a product. We talk about the features, but what is the element that actually attracts them to your product? It’s probably not a feature. It’s probably more of an emotion, and so really getting down into the root of that and understanding why they’re choosing your product over another. You can then take that conversation to future potential customers.

I think it was Heaton Shaw had advice on how to do this on a low budget using AdWords. He would take a couple of headline copies for his website. What did he want that hero copy to be? He would put that into an ad, spend $100, $200, and see which one got the most clicks. That was his way of determining what’s my best headline. What is my message that is going to resonate with people the most? Those are small hacks that you can do to figure out what is it that people respond to? It’s probably not X or Y feature.”

Get your free copy of “Expert Tips: How To Grow Your Business in 2020” ebook! 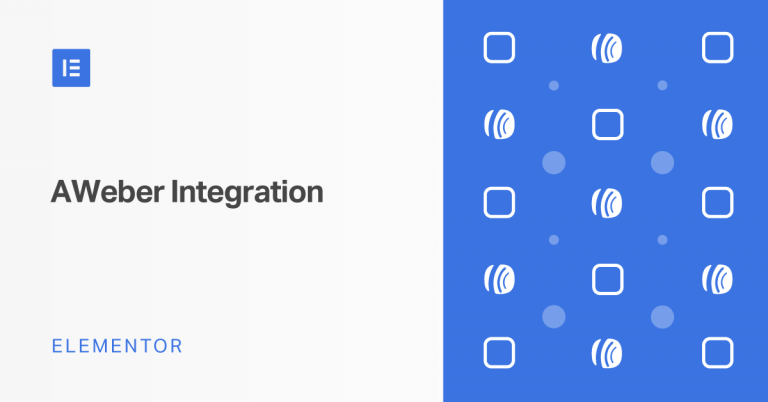 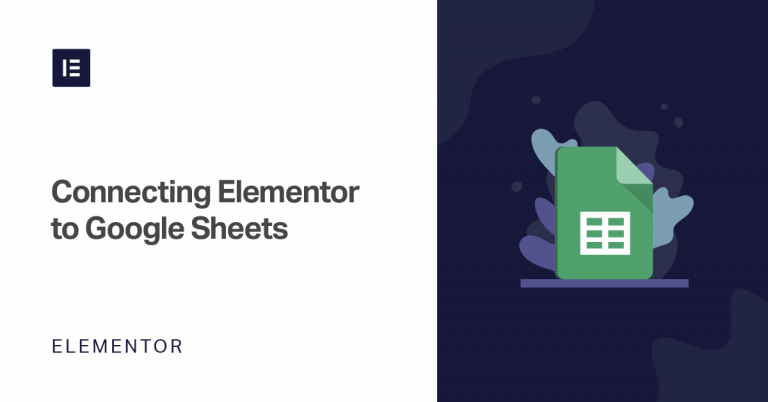 How to Connect Elementor to Google Sheets to Collect Leads

We have a lot more where that came from! Join 1,949,384 subscribers who stay ahead of the pack.

Join 1,949,384 Elementors, and get a weekly roundup of our best skill-enhancing content.