How to Set up a Subdomain on Your WordPress Website

Subdomains are a great way to separate websites — dividing them clearly and allocating them to specific target audiences for better and unique experiences. Discover what they are, why you should use them, and how to install a subdomain on WordPress.

In this post, we’ll explain why you may need a subdomain to your WordPress site, and show you, step-by-step, how to use cPanel to set up a subdomain and install WordPress.

When Should You Use a Subdomain on WordPress?

Subdomains are separate websites, so you should use a subdomain when you want to offer an experience that’s entirely different from your main domain.

Let’s look at a few examples of how we use subdomains here at Elementor to illustrate this. Our main site – elementor.com – is targeted towards regular Elementor users or people who are interested in learning about Elementor, its features, and widgets. Then, we have several subdomains that offer different experiences. Here are a few examples:

Some other examples of when to use a subdomain could be:

Another common way to separate parts of your site is to use a subfolder, which comes after your main domain name instead of before:

For blogs, you’ll see some sites use the subdomain approach and others use the subfolder approach.

Here at Elementor, we essentially use both approaches. Our main blog is at elementor.com/blog (subfolder) but then we also have a separate developer-focused blog using both a subdomain and subfolder at developers.elementor.com/blog.

Learn How To Redirect URLs in WordPress

How To Install WordPress on a Subdomain

The exact process that you’ll need to follow depends on your hosting provider, so we recommend reaching out to your host’s support if you run into any issues.

For this tutorial, though, we’re going to show you how to do it via cPanel, which is what a lot of shared WordPress hosts offer.

Before you can install WordPress on a subdomain, you first need to create the actual subdomain via your hosting dashboard.

To do this in cPanel, look for the Subdomains tool in the Domains section:

On the next screen, enter your desired subdomain in the Subdomain box and also select the parent domain via the Domain drop-down. There’s no need to add a dot after the subdomain – just enter the text you want to use.

For example, to create blog.elementor.com, you would configure it like so:

2. Install WordPress To That Subdomain

Once you’ve created your subdomain, you can use your host’s WordPress auto-installer to install WordPress on that subdomain.

When you install WordPress, you’ll be able to select your subdomain just like you can any other domain:

From there, everything behaves exactly as if you were installing WordPress on your parent domain.

Another important consideration for using subdomains is search engine optimization (SEO). Because a subdomain is technically a “separate” site, some users worry that search engines won’t pass the main domain name’s authority to the subdomain.

For example, if you have yoursite.com and blog.yoursite.com, some people worry that the blog won’t benefit from the main domain name’s authority.

According to Google’s John Mueller, Google can figure things out itself and there’s no inherent SEO benefit to either subdomains or subfolders. If you go back even further to Matt Cutts in 2012, he also said the same thing.

Some SEO experts still argue against this and worry that a subdomain won’t inherit the full authority from its parent domain, which could negatively impact the rankings of content on the subdomain. Again, Google says that this isn’t an issue, but some people still prefer using subfolders for this reason.

However, one important SEO consideration for using subdomains is that you’ll need to add each subdomain to Google Search Console and each subdomain will have its own reports. Depending on how you’re using your subdomains, you might view this as either a positive or a negative.

Additionally, John Mueller says that using subdomains can make it slightly harder for Google to figure out how to crawl your site. However, this isn’t usually a problem after the first week or so – it just takes Google a few days to make the connection.

What Are the Pros and Cons of a Subdomain?

To finish things off, let’s go over some of the pros and cons of using a subdomain.

Instead of creating ten separate WordPress installs, you could use one WordPress multisite install and create a network site on each subdomain.

To learn more, check out our guide to WordPress multisite.

Use Subdomains the Right Way and Reap Their Benefits

WordPress subdomains can be a useful tool if you want to create separate experiences for your visitors or otherwise create clearly separate parts of your site.

Or, if you want to use a lot of different subdomains, you can consider setting up your own WordPress multisite network.

Do you still have any questions about working with WordPress subdomains? Ask us in the comments! 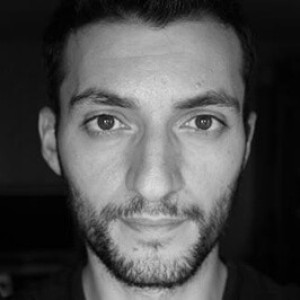 What Is Google Cloud Hosting for WordPress?