Elementor Talks #29: How to Leverage Your Personal Brand Through Networking

After a short break, our podcast is back. This week Matt Medeiros from the 'Matt Report' podcast tells us how he has run a WordPress podcast for over 8 years, and how he used simple networking skills to build himself as a leading figure in the WordPress world. 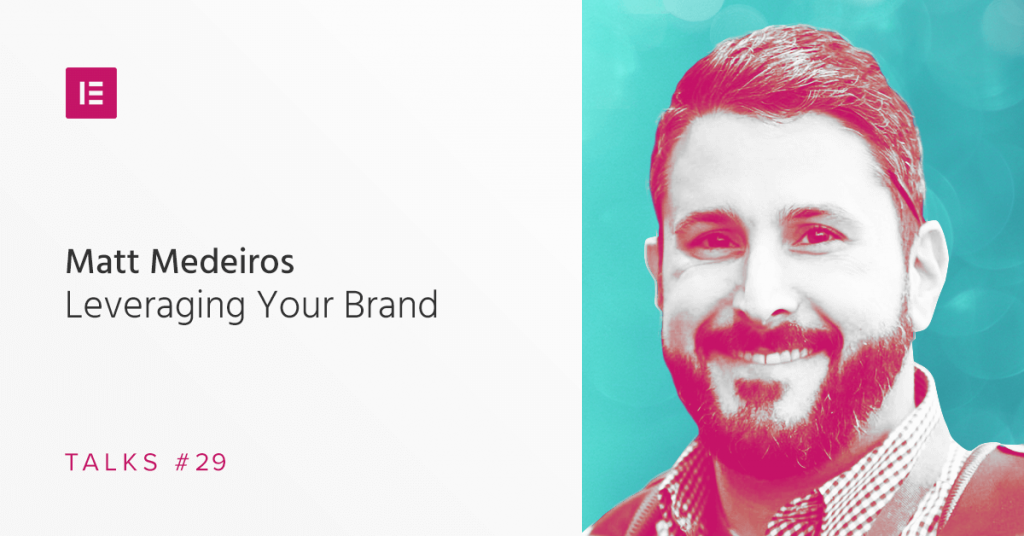 Matt Medeiros is the proud owner of one of the longest-running WordPress podcasts and blogs, Matt Report, active since 2010.

The story of ‘The Matt Report’ started when Matt founded his own WordPress agency, yet he had no connections with WordPress people back then:

“There were some other rock stars in my area at the time, most notably folks like Jay Tripp, Jesse Friedman, of course the folks over at 10up starting their agency at the time. I saw the connection that folks like Jake Goldman had and I said there’s no way I can reach the same amount of people that Jake can and I saw how fast his agency was growing and I saw what Jay Tripp was doing and all these other folks.

But back then I was, and still am, heavily connected to podcasts, listening to podcasts all the time and there was this one that I was really tuned into called Mixergy. He was doing a lot of startup interviews and I said, maybe I’ll just be the … I’ll try to be like the Mixergy of WordPress To the point where I was copying absolutely everything that Andrew Warner was doing on Mixergy and that’s sort of how the ball started. I knew one person, my first guest was Jesse Friedman who now notably works for Jetpack. I just knocked on the doors of all these people that I just found on Twitter and at WordCamps and said, ‘Hey, you want to join this podcast?’, That’s how the ball got rolling. It was just a way to identify and connect with people in the community.

It was cold calling and say, ‘Hey, I see you on Twitter.’ Back then you were exploring Twitter. You were searching for hashtags. You were searching for terms. We were trying out to connect people because even back then Twitter was a young social platform. That’s all I was doing, I was just searching for people and then at the end of the show I would just ask people, ‘Hey, who do you think should be on the show?’ and that’s how I made other connections.

But, I remember reaching out to my first ‘big’ WordPress guest was Brian Clark of Copyblogger and I remember and this is still in the early days. It might have been around Episode 20-ish. Between 20 and 30. I just remember being so nervous at the time just talking to somebody who sort of was making it in the WordPress world. Doing a lot of revenue, had a lot of customers and just breaking through that as time went on to just connecting with people and sort of not being afraid of these cold calls and it was just that. It was just busting through with cold calls and making those connections.

Your Podcast Can Be Your Portfolio

While Matt’s podcast audience is entrepreneurs and small businesses, Pagely appeals to enterprises. Yet, the podcast has proved to be an efficient tool to generate new leads:

“There’s not really a crossover … well, one would think there’s not a crossover on the show versus who Pagely deals with. Yes, you’re right. Pagely deals with mostly medium business to enterprise. Folks who want a certain degree of quality of support and service with their hosting. That being said, I was talking just last week to a couple … to a team of people actually for a pretty big brand name eCommerce store. I remember doing this whole, my typical sales pitch. I go through all the slide deck and all the stuff. All the stuff about Pagely and everything. We had some DevOps people on the call.

Before we wrapped up their senior developer from that company was like, ‘Hey, Matt, I just want to say that I’ve been listening to your podcast for years. I really love what you do in the WordPress community,’ and all this stuff. It’s like, oh, wow, how about that? This is a pretty big corporation and the WordPress developer was listening to the show. That really gave me a lot of clout in that call. They trust me a lot more which is the same way I leveraged the podcast with my agency. When people would say, ‘Why should I hire you? You’re a smaller agency. We’re looking at this other agency. They got a big portfolio of customers.’ I would always say, ‘Well, look, I’ve got hundreds of shows in iTunes. If you want to see how I do business, you can just go listen to me. And you can just go see how I operate and how I do all this stuff.'”

There’s a common notion nowadays that B2B is becoming B2C thanks to technology developments and even podcasts. In the end, to reach the higher ranks in enterprises and medium-sized companies, you still have to use B2C tactics:

“Yeah, I call that the digital handshake. When I go back to selling cars, I don’t know if you guys have ever bought cars or have gone through that experience or ever sold cars, but when you walk up to somebody who’s looking at a car … now, I live in the Northeast of the U.S. After November it’s freezing cold. Nobody wants to be bothered when they’re looking at a car outside. They’re freezing cold. You’re walking up to somebody. You can see their body language. You can reach out and shake their hand. Within those literally those two seconds and maybe even shorter, there is so much that you learn from being in person, shaking somebody’s hand, how they shake your hand, how they looked at you, how they don’t look at you.

I’m looking at creating content and other mechanisms, but content specifically, as that digital handshake. You get to see people. You get to trust them. You get to reach out and shake their hand digitally to see what they’re going to be like. See what this relationship is going to be like. That’s exactly it. People want to know who they’re buying from these days for the most part. They want to know that they trust and that there’s a certain vision behind their business, behind their product and that they align with those goals. I think people are getting a little tired of the faceless organization that they purchased from.”

Why Should Agencies Turn to WordPress?

Matt thinks that web agencies look differently on WordPress these days, and he sees the benefits it has:

“I think the easy answer is the flexibility, the accessibility to the code and to the developers in the community, the platform itself. I think it really depends on the agency. I think we’re seeing more and more where agencies are actually raising WordPress to be like a more premium tier for most customers these days especially from the folks that I talk to.

And they’re bringing in either some smaller flat file CMS for the real easy customers. But, I think nowadays people are looking at WordPress as something that is a lot more robust and a bigger solution for customers. Like a true content management system which is funny to say because how old WordPress is. But, I think the accessibility of developer’s code plugins, reaching out to a community, the opportunity obviously is still there with WordPress. I just see agencies positioning it slightly different these days.”

How to Create a Successful Client Onboarding Process 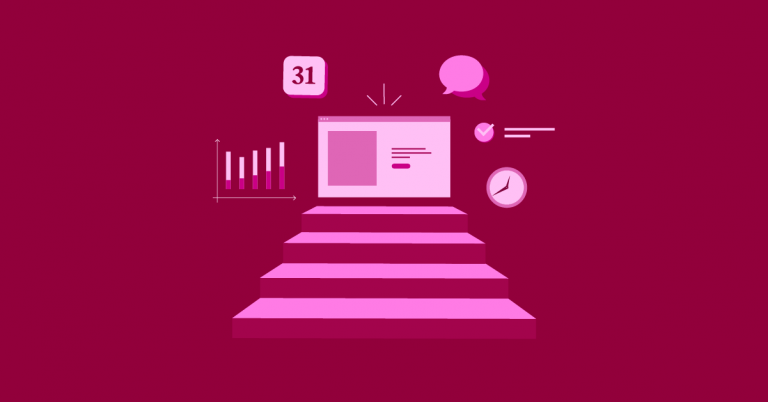 How To Set and Manage Client Expectations in Web Design

We have a lot more where that came from! Join 2,616,811 subscribers who stay ahead of the pack.

Join our 2,616,811 newsletter subscribers and get the latest news and articles sent straight to your inbox weekly

Join 2,616,811 Elementors, and get a weekly roundup of our best skill-enhancing content.