He's a leadership and finance expert who is incredibly passionate about helping people to reach the best version of themselves. We’re excited to introduce this month’s inspirational Elementor Community Leader, Santiago Becerra!

We’re thrilled to introduce this month’s inspirational Elementor Community Leader, Santiago Becerra! Santiago leads the Madrid Elementor Community, which is represented by a rich diversity of web professionals ranging from designers and developers to marketers. Let’s meet the person empowering web creators all across Spain and Spanish-speaking countries.

Which community do you lead? Elementor Madrid meetups

Santiago is the founder and owner of Dinerólogo, a financial education company that primarily teaches people how to manage their finances and build additional revenue streams. Santiago also runs Parlanchines, a public speaking, and leadership club to empower members to conquer their fears of public speaking.

Santiago’s journey with the world of web enablement began in the early 90’s, when he enrolled in a webmasters course to become a front-end developer. This is where he had his first stint with coding and HTML – and this is where Santiago’s love affair with web development and design began. Over the years, Santiago would experiment, build websites on WordPress, and become highly experienced in the space.

Santiago discovered Elementor in early 2017 when one of the members of his public speaking club offered to create the club’s website on Elementor. Santiago was enamored by the ease and simplicity of the platform and was motivated to find a way to take part in Elementor’s mission. As a champion of leadership, Santiago jumped at the opportunity to establish and lead the first Madrid community, which would flourish to over 1,400 active members.

Santiago’s purpose is to help people achieve ‘freedom’, and is driven to help them reach the best version of themselves (i.e. helping people become better leaders, speakers, and web creators).

When asked what “leading the Elementor community” has given to him, he responded: “the opportunities presented to me — these opportunities come in the form of learning, meeting new people from different backgrounds and disciplines, and so much more. I come out of each meetup that we host with new insights on building a scalable and successful web creation business while furthering my knowledge of Elementor. For example, we recently had a few excellent meetups that focused on performance optimization, GDPR, and calculating price quotes for clients.

Another great example of opportunities that came out of leading the community was when one of our members approached me and offered to launch an Elementor community weekly newsletter intended for Spanish speakers. I’m thrilled to share that we made this into a reality, and today our newsletter, Elemendas, has over 1,000 subscribers.”

Santiago’s most fulfilling moment as a community leader was when he organized the community meetup at the Google Campus in Madrid, in which Elementor employees flew from Israel to attend as well — the event was a massive success, and the feedback was overwhelmingly positive.

Santiago is always on the lookout for more opportunities to develop his leadership skills, which is why he recently joined Elementor’s Translators community (where users take the lead on translating Elementor plugins into their native language) as a ‘Super Editor.’ A ‘Super Editor’ is a leadership role within the Translators community, in which the leader translates the plugins, approves the translations of others, and recruits others to join the community.

“What I love most about the Translators community is that I’m making an impact by enabling Spanish-speaking people to use Elementor. It’s also beneficial for my own work to have the platform available in Spanish. I view translating plugins as creating a work of art.” 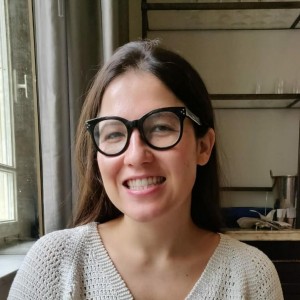 Gabrielle Robins
Gabrielle is a Community Digital Marketing Specialist at Elementor. A recovering M&A analyst who found her love for marketing and community building. She's a lover of design, gelato and books.