Miriam Schwab is the founder & CEO of several WordPress enterprises, as well as a leader and influencer within the Israeli startup scene. On our podcast, she talks about the challenges of keeping a work-life balance and explains why the WordPress community is so unique. 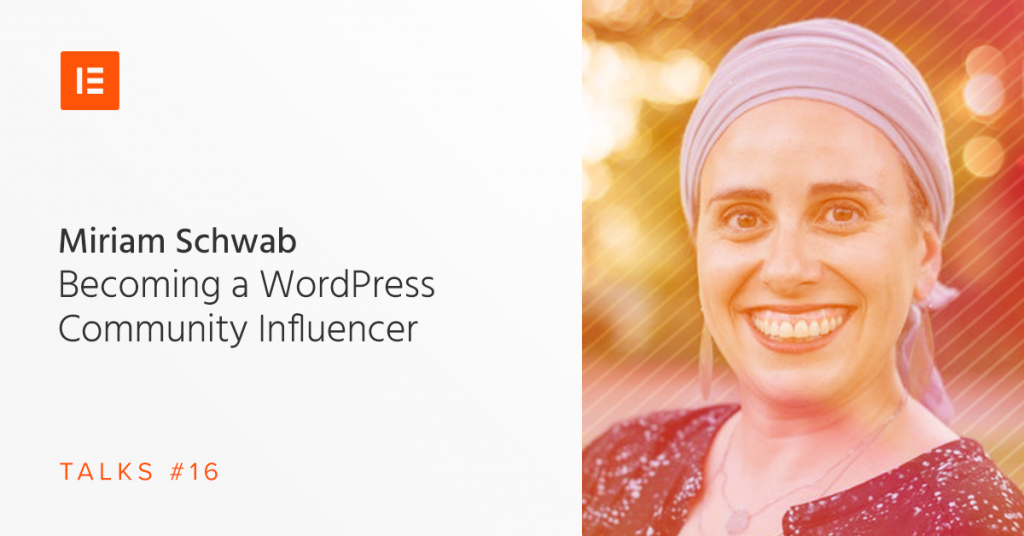 Miriam Schwab is the founder and CEO of Strattic, a serverless security solution for WordPress & Open Source CMSs, as well as the CEO of illuminea, a development company.

Miriam is a leader and influencer within the Israeli startup scene and has organized 5 WordCamps in Israel. She serves on the Steering Board of Digital Eve Israel, one of the leading communities for professional women in Israel, to help empower women economically.

Miriam speaks regularly on different events and conferences on the topic of WordPress, social media, and SEO.

The Challenge of Balancing a Career and Family Life​

Miriam founded illuminea after giving birth to her fourth kid and realizing she needed more flexibility and room for creativity in her work. To our question how she manages to balance between running her business and raising kids, she answered:

“So, first of all, I think the idea that there is balance is misleading. There is never balance. There’s always something that gets more attention than the other thing. I can’t say that I ever achieved some kind of great balance. But I learned to be efficient, and I also learned that I needed to have a team. Meaning, I would become a bottleneck in the company if it was dependent on me.

So, at a certain point, I actually stopped working on projects. I only did the business development, marketing, and management of the company, staying up to date on technologies, and also, on the strategic level for the technology side of things.

But, I stopped being hands-on, which was kind of sad for me. But, it had to be that way because my team was more available than I was. I … Babies and … You know how it is. Every second day someone’s sick in the winter, and there are all these events that they’re … kindergarten, and … I needed to be … Sometimes I didn’t sleep at night, and then the next day I couldn’t function. So, I needed that … I set myself up so that was okay.

And, it wasn’t always okay. There were opportunities that I missed because of that. There were a lot of proposals that I didn’t get out on time. But, it was what it was. I think, often, we as people, but also I think women, we think that if we’re not doing everything perfectly, then we’re failing. And so, we won’t necessarily try. And, it’s okay to not be doing things perfectly, in my opinion.

Both sides of my life were very important to me, the family side, the children side, and my professional side. So, I knew I needed to do both of them, and I needed to figure out how to do them both as well as I could. And, that’s what I aimed for, do it as well as I could. And, it wasn’t perfect. I would have laundry on the couch that I didn’t manage to put away, and dinner was often omelets, or corn schnitzel, or veggie patties, or whatever, you know? But, that was okay. It was okay. Yeah. And, it got me through all those years.”

Positioning Your Brand Through Pricing​

On previous podcast episodes, we discussed the importance of focusing on a specific niche within the website development world, so you can distinguish yourself from your competitors.

The way Miriam found her niche was through pricing:

“Our pricing in the Israeli market is relatively high. We would sometimes be double and even triple the price of competing proposals on projects.

Often people will take the easy route of undercutting prices to win projects, and they think that’s what people want. And, they don’t. We lost a lot of projects because of our pricing, but we won the projects that we wanted. And, that meant that they were interested in quality. They had come to us, usually, through word of mouth. And so, they trusted us, and they wanted good results. Sometimes they had been hurt by other providers who didn’t do a good job.

What I realized, also, is if we don’t charge these prices, we can’t give the high level of service. It’s not like we were this super rich company and we were taking people for a ride. No. It was like, “If you want the results that we think you should have and you want, you want a site that’s pixel perfect, that is performance, that’s not slow and sluggish, that we’ve planned it really well with you so that it achieves your goals, that we support you through it and take you to the end, etc., etc., it takes time. And, time is money. And, that’s just how it is.”

What Makes the WordPress Community so Special​

Even with Miriam’s hectic work and family life, she was still able to organize no less than 5 WordCamps in Israel. Why does she put all these efforts into the WordPress community?

“One of the things that suit me about being in the WordPress community is that I like to be friends with people. I like to know people and hang out with them, talk to them. So, the world of WordPress is not one of aggressive sales, and business development, and all that. So, I could be me.

Throughout my career, I’ve had to deliberate, ’cause you have this perspective … Okay. If you’re a business person, which eventually I had to admit I am, I’m supposed to look a certain way, right? I am an observant Jew, I’m religious. So, I cover my hair, because I’m married. And, at one point I deliberated, “Should I wear a wig? Because, then it’s not as obvious and I don’t look as weird and different.” I kept the headscarf on. And, in the world of WordPress that’s totally fine, because people also have green hair, you know?

Now, it’s not exactly a strategy. I organized the WordCamps. I liked meeting the people who came. I liked being with all the people. I like the opportunity of learning from other people. And then, I just kept doing that. I know that sounds weird, but that’s always been my approach to, I guess, growing my network or something? I don’t know. Just meeting people ’cause they’re nice and interesting. And, you never know where things are gonna come from.”

You Have to Start Somewhere​

Miriam regularly speaks at local conferences and meetups, and when asked if she has any tips for our listeners who also might need to give a speech, she said:

“Yes, I do. You have to start somewhere. It’s the only way to learn how to speak. I remember my first speaking engagement, which was in front of 10 people. And, I was so nervous that my voice shook when I was speaking. And, I read from a paper. It was the worst, the worst possible thing. But, I did it, and I did it again, and did it again. And, it wasn’t … Even two years ago, I still would get on the stage and my body would feel nervous. You couldn’t see it or hear it, but I would be shaking. It took that long for me to get over my … I guess it’s a stage fright. Now, thank God, I get on a stage and I’m totally fine. It’s like talking to friends, whatever. That’s how I see it. I just have a conversation.”

As WordPress grew, it got more attention from hacker bots, and people weren’t updating their sites as they should, and that became a problem. Another problem that Miriam recognized was that websites became more dynamic and interactive, but also heavier in images. As the internet became faster, people threw more weight on their website.

“When a site has no underlying database and no underlying processing server, of course, it’s going to be as secure as possible and very difficult to hack. And, fast, because it’s not creating the database. And, all that slowness is gone. But, static site generators are not easy to use. One of the reasons that WordPress has grown to where it is, is because you can install it really quickly and easily, basically in one click, and anyone can manage it. It’s become clunkier, but … There are difficult things there, but still, anyone can manage it. And, a lot of marketers know how to use it, and it’s just, it’s a great tool for many things.

And I thought, ‘Okay. Why not bring these two worlds together and create a static … turn WordPress, in a way, into a static site generator?’ And, then you’ve got the best of both worlds. You can continue to manage your site as you’re used to, have all the benefits of WordPress, which includes the tools, the plugins, the community, the open source nature, but the output is the best website you could have. That’s how I started to think of the idea.”

Today, Strattic is an all-in-one serverless hosting platform optimizing WordPress websites by making them static (so there’s no queries to the database) and serving them on serverless architecture so that your site is always available. 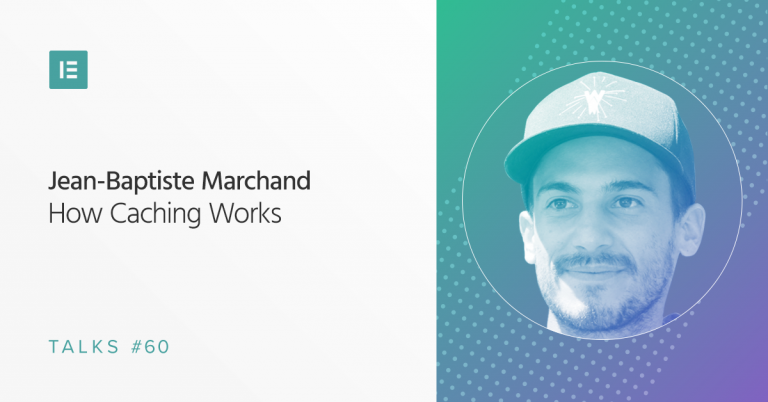 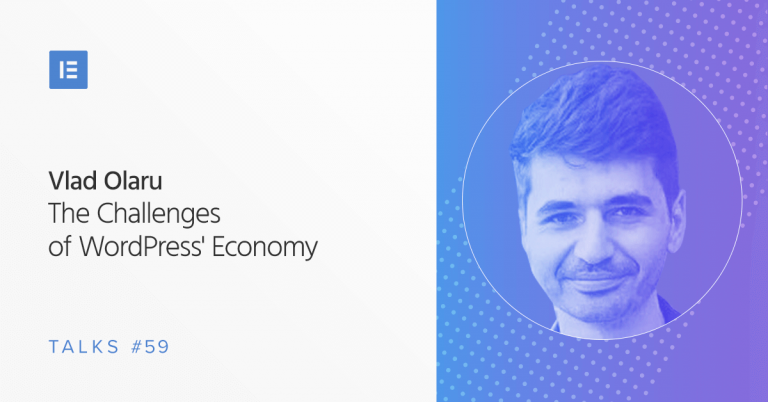 We have a lot more where that came from! Join 1,365,209 subscribers who stay ahead of the pack.

Join 1,365,209 Elementors, and get a weekly roundup of our best skill-enhancing content.