Introducing Our Translators Community and How You Can Get Involved

Meet one of our most significant, yet unknown communities — the Translators Community, which helps web creators easily build millions of websites. Learn more about the impactful contribution this community is making and how you can get involved.

It’s about time that we properly introduce one of our most impactful communities, the Translators community, where users take the lead on translating Elementor plugins for both the Core (free) and Pro plans into their native languages.

We’re very happy to report that our extraordinary translators have translated the Pro version into 36 languages and the Core version to 56 languages. Below, we delve into the impact this community has on web professionals around the world and how you can get involved.

How It All Started

Translation communities are a major part of the WordPress open-source ecosystem, where volunteers work together to localize plugins into their local language — this is where the inspiration for the Elementor Translators community was born. It’s a creative and collaborative endeavor between contributors, who translates the plugin, and an editor who approves the plugin – many view this as an open-source form of art (and who are we to disagree!).

As a WordPress translator himself, when establishing Elementor five years ago, it was important to Ariel Klikstein, our co-founder and CTO, to foster a vibrant translation community to empower web professionals worldwide with access to the Elementor plugin in their native language.

To overcome these obstacles, Rami opened an Elementor Translators Facebook group and leveraged his network of developers to source more translators. Next, he approached each of the global translator editors (GTEs) on WordPress to have them approve the translations.

These efforts garnered great success. Prior to launching the Elementor Translators community and the Facebook group, there were less than 20 languages translated. Yet, very soon after this endeavor, the Core plugin was translated to over 50 languages.

One of the most interesting anecdotes that the translators community gleaned from this journey was that they could understand where our users were based on the Elementor plugin’s popularity in that specific country.

“The beauty in this community is that the more participants involved in translating the plugin into their local languages, the more native and integrated Elementor becomes with those languages and regions.”

Ultimately, the Translators community impacts each and every one of us. As English is mainly a second language in most countries, many users struggle with programs and plugins that are not localized. When a user translates the Elementor plugin into their native language, they’re making it available to all users in that particular language and are thereby enriching and expanding the community of web professionals worldwide.

Encouragingly, when plugins are adapted to local languages, we see a steep increase in the usage of the plugin in the particular language.

Contributors who translate the Elementor plugins are contributing to one of the best open-source platforms in the world, serving as an opportunity to help build their personal brand as a thought leader.

How To Get Involved

We invite passionate users worldwide to join this impactful community and help spread the mission of translating Elementor into as many languages as possible. Additionally, the Translators community can be highly relevant to the below users:

Learn how you can get started translating Elementor by clicking here.

We invite you to attend Elementor’s regular meetings where we translate together every month and help new translators to participate with us.

This is an exciting opportunity to: 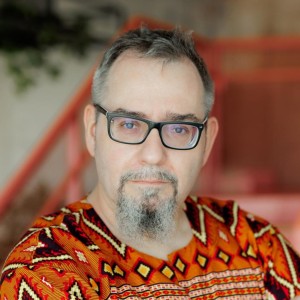 Angel Zinsel
Angel is Head of Educator and Translator Programs at Elementor. He started working with communities in the late ’80s as a SysOp for ATARI and provided training & support for platforms like Apple, Adobe, WordPress, and more. He's incredibly passionate about open-source communities and is fascinated by African culture.