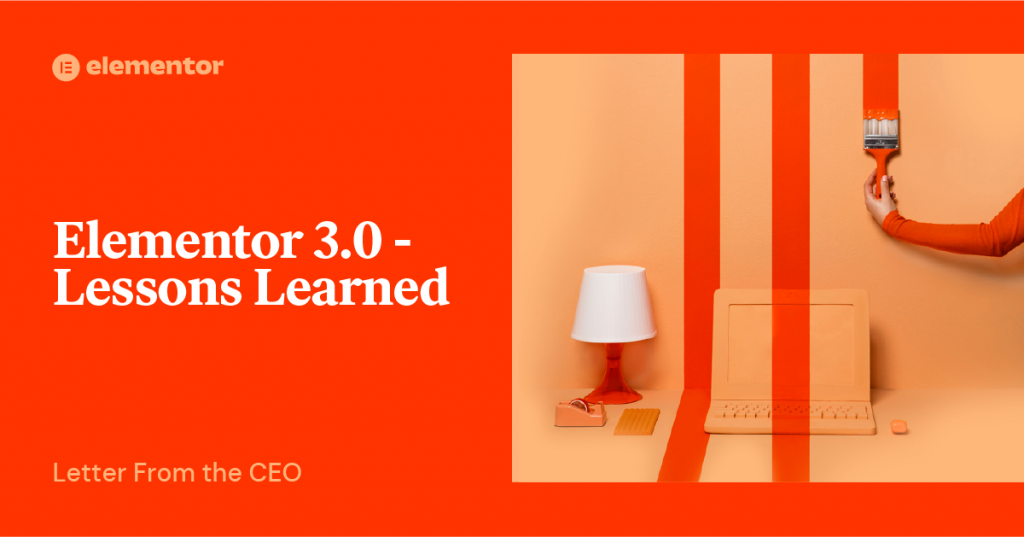 Hello dear community. For those of you who don’t know me, I’m Yoni, the co-founder and CEO of Elementor.

Before we go into the details, here’s a short recap:

Shortly after the version was released, we began receiving user feedback of issues in websites that were updated to the version. While some issues were expected (more on that below), their volume and variety were beyond the scope of our expectations, and they manifested both in the “front end” (the sites themselves) and in the Editor.

First, I wanted to use this platform to offer my sincere apology for the experience some of you went through, the time you spent and the implications it had on your business. It is our mission and sole responsibility to make sure you’re working on the best, most professional product, and in that moment, that wasn’t the case. Since the release, we’ve focused on nothing but delivering on that mission, addressing every issue that was found or raised by you.

It’s not just words for us – as I’m writing this, most issues, big and small, have been resolved, however we will continue to release patches and fixes over the following weeks (as we do with every version).

Second, I wish to share with you what we originally set out to achieve with this release, how we prepared for it, the actions we took in the immediate aftermath and the following days, and ultimately – what we’ve learned and are implementing going forward.

When it comes to communicating with you, our community of web creators, all of us here at Elementor – and myself included – hold ourselves to the highest level of transparency and integrity. I hope that by the end of this post I’ve addressed most of your concerns and questions, and that you have all the information you need.

Not a Typical Release

We built Elementor to be the most professional tool for web creators. With every new release, we edge it forward in terms of capabilities and innovation, but once in a while a quantum leap is required. As such, Elementor 3.0 was never going to be “just another incremental update”, but a huge milestone for Elementor’s technology and product.

This version was the culmination of more than a year’s worth of effort and development. Behind it, a simple yet groundbreaking vision – taking Elementor to the forefront of professional web design technology. We introduced professional features such as design system capabilities, new and improved Theme Builder, performance improvements and most importantly – set the foundation for the next generation of the Editor.

We set an aspirational goal to revolutionize our users’ workflow, helping you be more consistent and save valuable time.

In order to achieve that, we had to change much of the infrastructure of our product, and so bugs and issues were anticipated. Still, we took extra measures to mitigate the risk as much as possible. From months of planning and QA testing, several long rounds of beta testing, to reaching out to every single Elementor addon and theme developers, ensuring they’re compatible.

And still, on the day of the release, it was clear that there was much we did not anticipate, and the result was the issues many of you faced after updating.

Once spotted, our priority as a company shifted in order to make sure all issues were fixed.
Nearly a month after the initial release, we’ve pushed 15 updates to Elementor 3.0, addressing virtually all issues that were found or raised. As always, our finger is on the pulse, and we’ll provide fixes and patches for any issues that should arise. We worked tirelessly, determined to fix these issues as quickly as possible, as we knew you put your trust in us.

And honestly, it’s comments like these that gave our team the power to drink yet another cup of coffee and plow away at another issue: 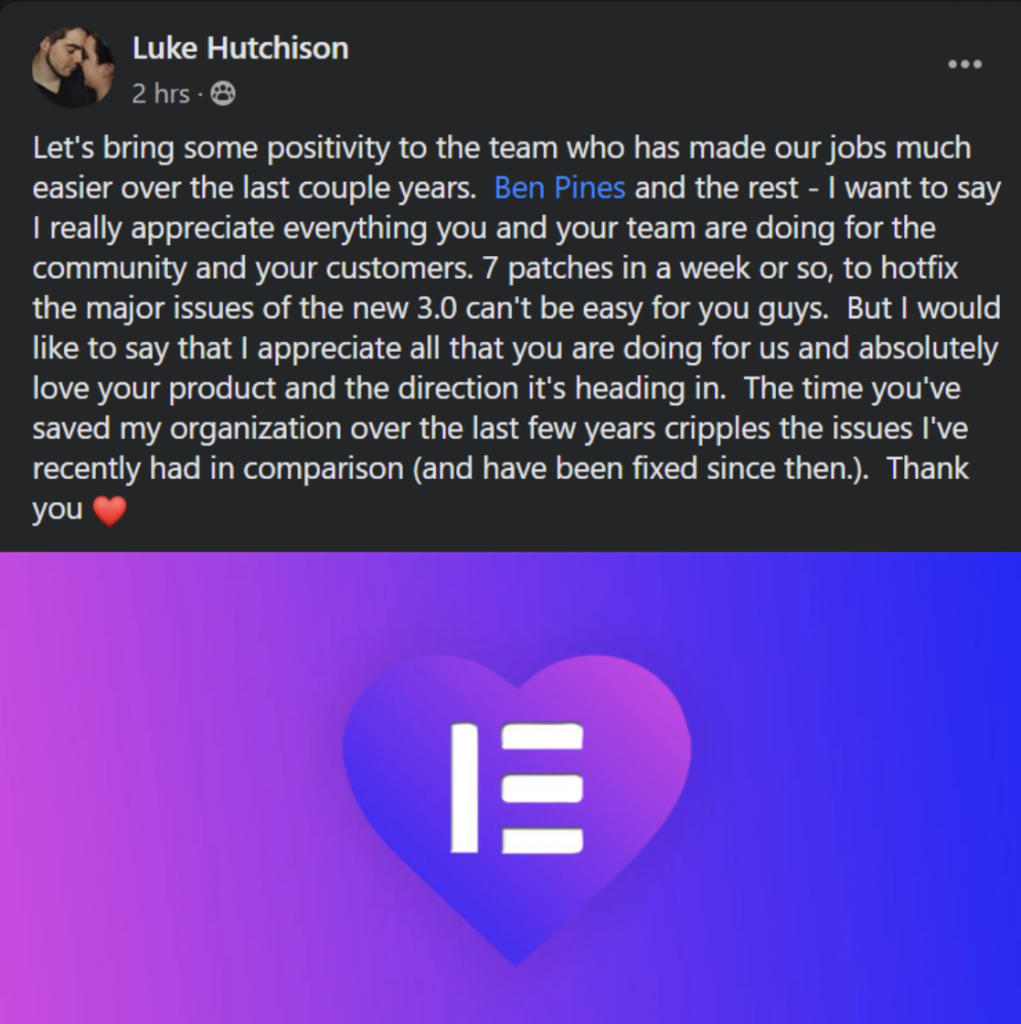 Nothing is Ever Bug-Free

WordPress provides us with an amazing community, democratized content which we own, plugin solutions to nearly any need we can think of and above all – the liberty to create anything at will. WordPress has a distributed and limitless ecosystem. This means that almost every installation is a unique combination of different plugins, themes, and other configurations, with infinite variations. With so many possible permutations, conflicts are bound to happen here and there, especially around major updates.

It’s for this reason we always recommend making backups you can easily revert to, or even create a live staging environment to test updates of any WordPress plugin and WordPress itself.

Having said that – it is our job to mitigate and control the impact of these bugs on Elementor and the websites created with it. We strive to keep as tight a ship as possible, and minimize the risk of such conflicts (or at the very least, to make you aware of what they are so that you can prepare in advance).

As mentioned, we have put in place actionable steps in order to reduce the risk of such issues in future releases. These include efforts both in development and in user experience.

In terms of development, here are our planned actions.

I founded Elementor together with Ariel to meet a dire need we and many others in our community were facing, while making our job easier, fulfilling and more professional. That’s our secret sauce: Elementor is first and foremost a platform built by web creators for web creators. I know it’s kind of cliche to say it, but for me and for the rest of the team it’s how we work, plan and think.

Because of this, we will never stop experimenting, take leaps, and keep pushing the boundaries of Elementor’s capabilities, driving them further. We also acknowledge that as leaders in the WordPress web creation sphere, our responsibility and accountability grows and intensifies accordingly. The internet is stopping for no one, and websites are becoming more and more sophisticated and demanding. We will always continue to build a future-proof Elementor, so that we’re all equipped with the best tools to face any professional challenge ahead.

We’re together on an ongoing journey with highs and lows. We feel your pain and frustration, as well as your excitement and love. We welcome everyone who is joining us on this journey, and with your valued trust – continue to deliver the most professional tools for us web creators, present and future.

Elementor’s continuous development and success comes from your contribution and feedback. I invite you to share your thoughts, suggestions, and ideas here. As always, we are listening and strive to make the best Elementor, together. 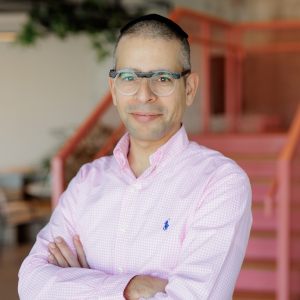 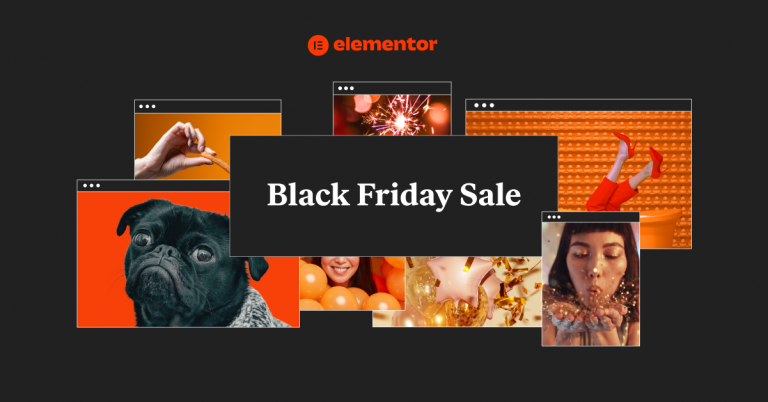 Elementor’s Most Wonderful Sale of the Year: Black Friday 2020 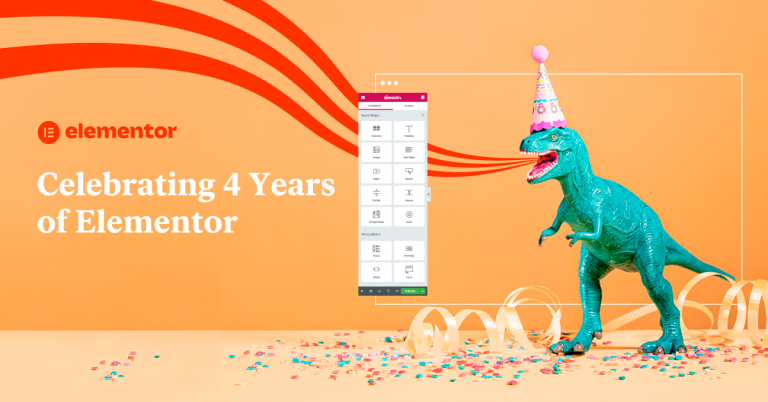 We have a lot more where that came from! Join 2,630,128 subscribers who stay ahead of the pack.

Join our 2,630,128 newsletter subscribers and get the latest news and articles sent straight to your inbox weekly

Join 2,630,128 Elementors, and get a weekly roundup of our best skill-enhancing content.